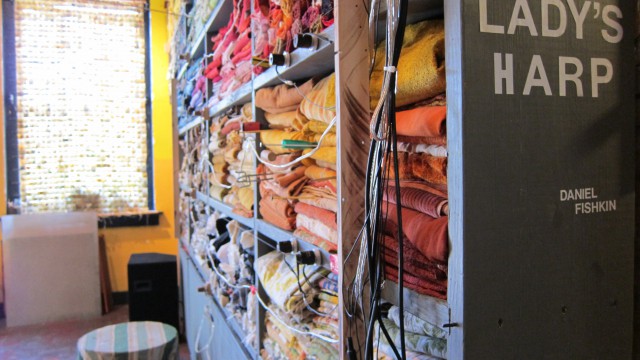 My ears sing to me.  It started in 2008, on the evening following my undergraduate thesis recital.  The music was not loud that night, but after the concert I heard a high pitched buzzing sound, and it has not stopped since.  I have an incurable condition called tinnitus.  Doctors offer no solace besides, “You get used to it.” Early in 2010, I read about Willie Morris, a former sheriff who shot himself after being unable to cope with tinnitus.  In his suicide note, he wrote, “I hope that my death will help bring about some cure for those that suffer with tinnitus, by bringing attention to it. […] It is important that my life will not be wasted.”  Well, I was listening.  In the absence of a medical cure, I vowed to find a creative solution.

While on residency at the Elsewhere Museum in Greensboro, NC, I built a new electro-acoustic instrument I called the Lady’s Harp.  It is an expanded version of an ancient Greek instrument, the Aeolian Harp, whose strings are played by wind.  My Harp is 20 feet long, and its strings are coaxed into vibration through a feedback system based around transducers and guitar pickups.  By mixer feedback, the sound of the string is sent back into itself through a transducer built into its bridge: thus the sound of the string sustains infinitely.  I realized that this was the perfect instrument to capture the experience of my tinnitus.  This first Lady’s Harp was built into an existing installation, a wall of colored fabric, inside the Elsewhere museum. 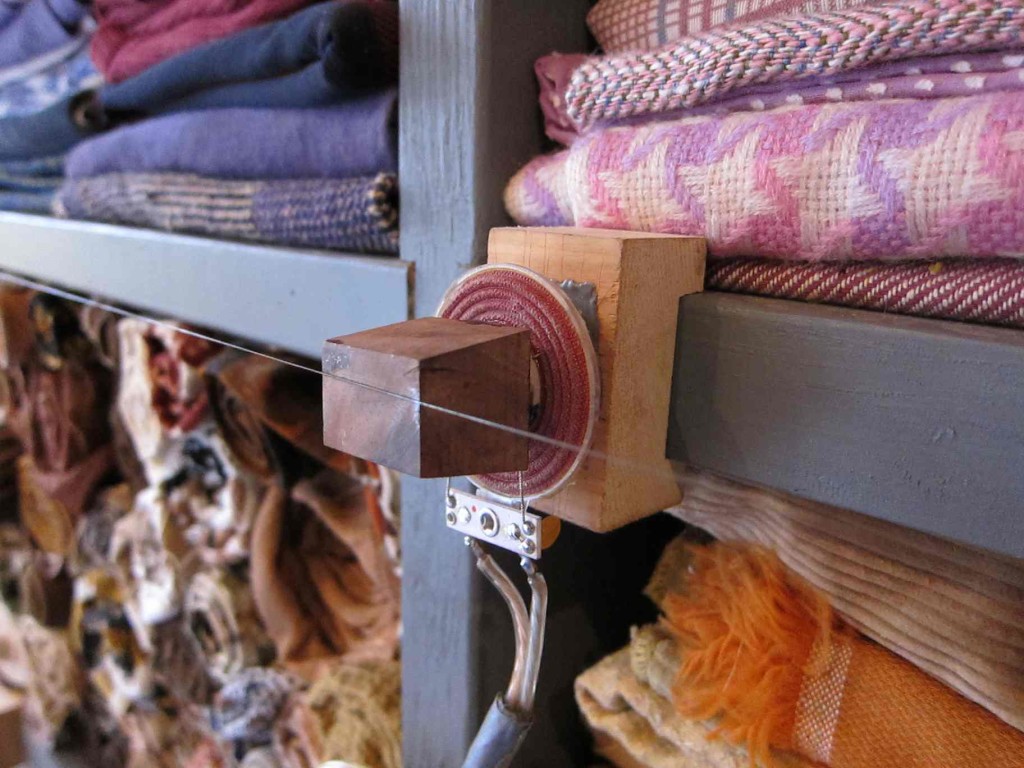 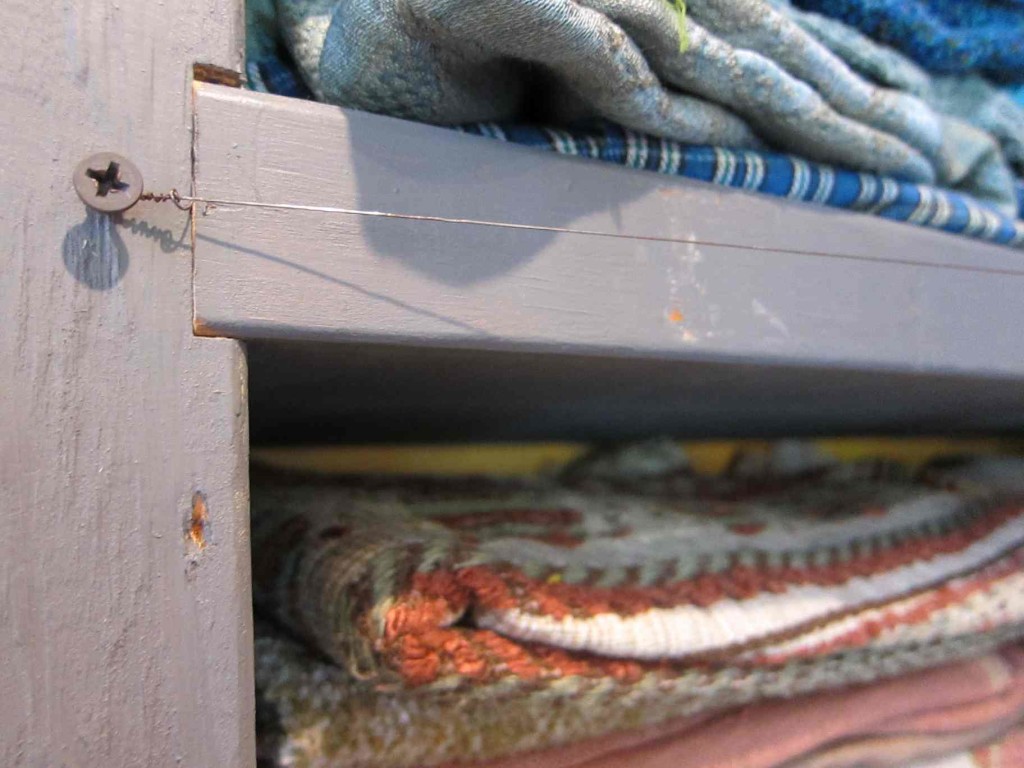 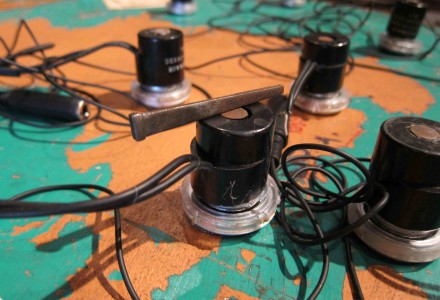 Pickups made from solenoid valves 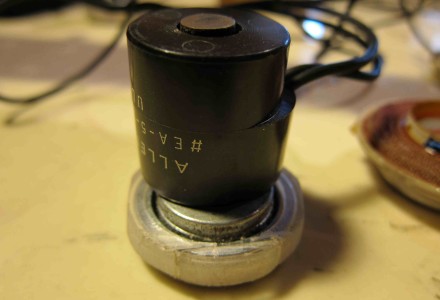 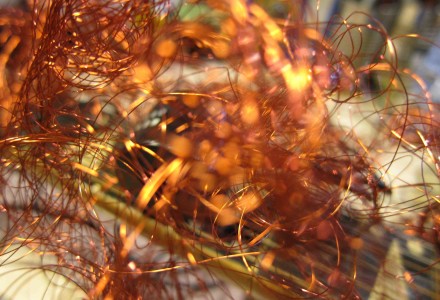 thousands of feet of angel-hair wire inside a pickup 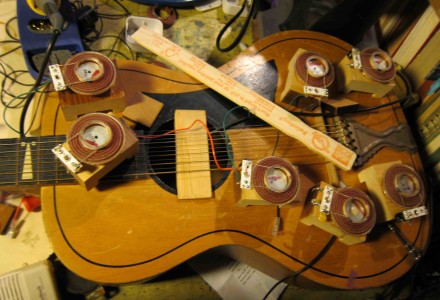 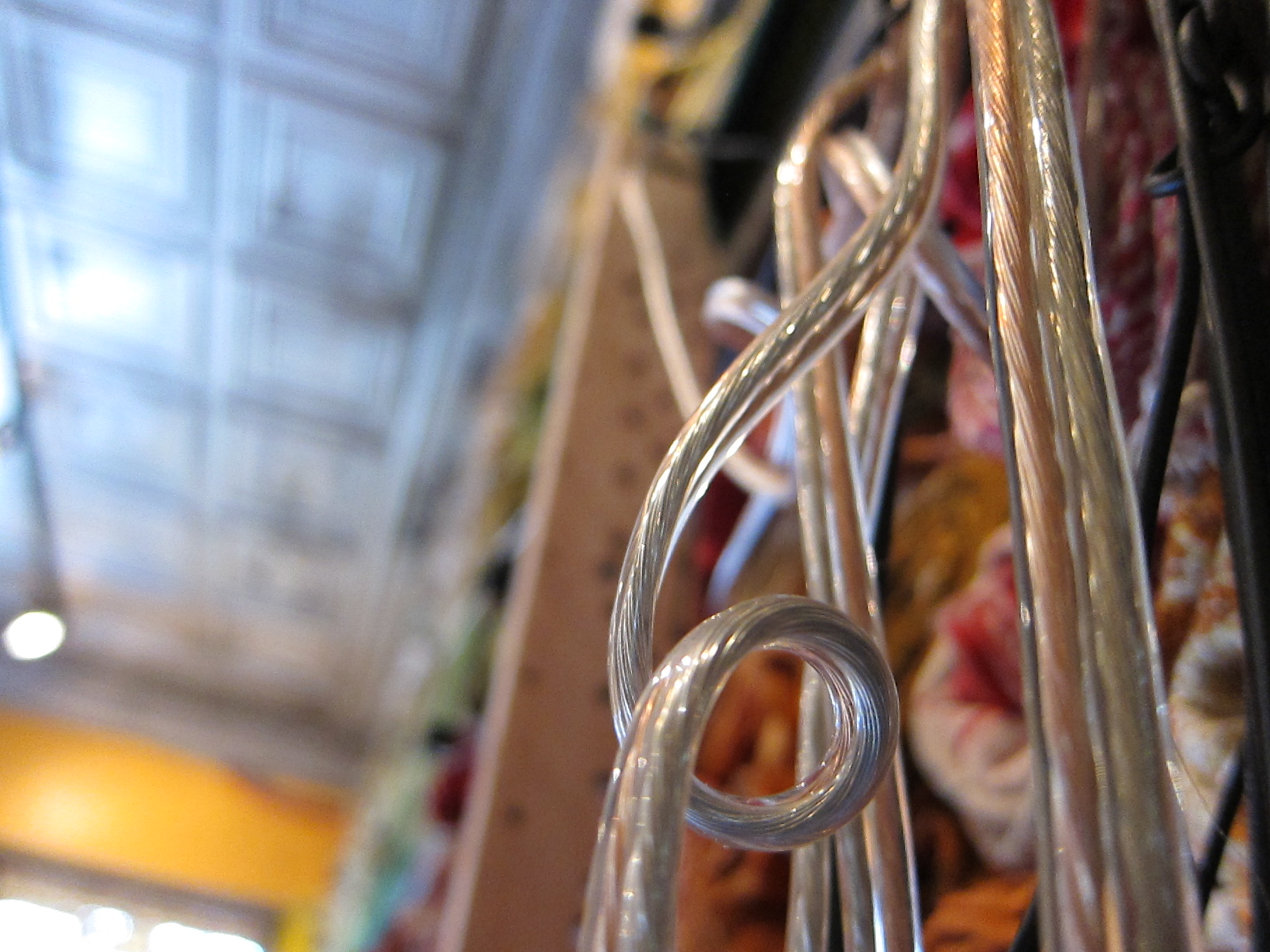