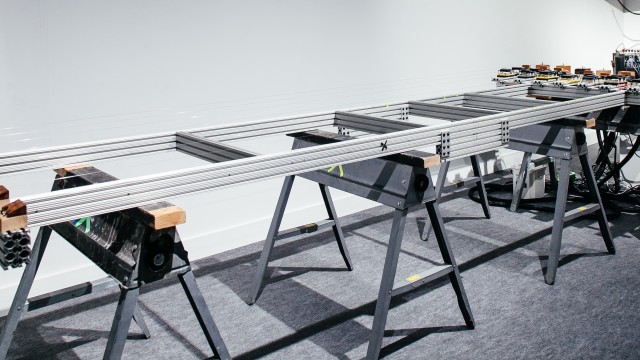 In 2015, many new mutations developed in my ongoing project, Composing the Tinnitus Suites. I staged the project four times that year, twice at Wesleyan University, once in Connecticut, and finally in Dublin, Ireland—the first time the Lady’s harp made it overseas! The two outstanding developments I’ll mention in these pages are the creation of a Tinnitus Trio—the first time I successfully combined the Lady’s Harp with conventional instrumentalists, namely my collaborators Cleek Schrey and Ron Shalom; and the first self-operating installation of the Lady’s Harp—in which I discovered how to truly convert the Lady’s Harp away from a “concert instrument” and into a “gallery piece”.

I was invited to stage a new version of Composing the Tinnitus Suites at an art exhibit called Trauma, hosted by The Science Gallery at Trinity University. In Ireland! The art gallery suits the Lady’s Harp well—the forces that organize concert halls cannot often host a 12-27 foot long instrument, that may or may not be drilled into walls or floorboards. Even after creating my “portable version” in 2014, I realized that I still required some careful time to set up and tune the instrument—and for this, days rather than hours are the correct unit of measurement. But ultimately, whatever form this installation or instrument took, the presentation was consistently the same—I performed Composing the Tinnitus Suites upon it as a concert instrument.

Well, for this occasion in Dublin, my work was to be shown for an estimated 1000-2000 person audience daily, during gallery hours, 10am to 5pm. I don’t think Composing the Tinnitus Suites as a stable project—nor do I think of the Lady’s Harp as a unchangeable form. So I had to think of another way to conceive of the work, one that fulfilled the mandate of the project—to engage with my tinnitus through art, to make tinnitus desirable rather than despised….and maybe also to elaborate on the basic premise of my Lady’s Harp: piano wire, coil pickup, bridge-mounted pressure transducer.

I had been developing software to play the Lady’s Harp automatically/remotely as an installation since 2013—using Max to control digital filters/gain cells within the feedback loop, to toggle through different memory states of set feedback chords. But the problem here was that I had to completely re-imagine the interface, where the analog mixer I use was perfectly sensitive, a marvelous analog to a piano keyboard.

I found a different solution in my friend, the legendary engineer Bob Bielecki, who told to me one evening a powerful observation. I retell it now. Bob said, take a resonant situation—any room or transduced object—and produce feedback in/through it, as our ancestors of electronic music have always done. Now, if you simultaneously record that feedback “direct to tape” from your mixer, computer, or recorder, you have recorded a powerful spell. This recording won’t sound as interesting as the sound of feedback coming to life in the room. However, it can be used thusly: play the spell through the same resonant situation and you will stir a mirror image of the recorded feedback—the object/room is resonated at the same frequencies once more.

With this incantation learned, I realized that I could record my performances on the Lady’s Harp, and as long as the tuning of the strings is maintained (and the gain levels on the mixer), and use the recordings to sing the strings to life again! This would not be a mere recording, but a re-performance, for the strings would actually move in resonance to the source recording. 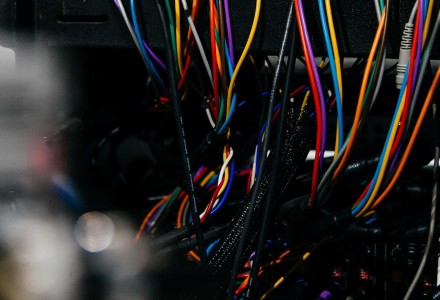 the nest of wires 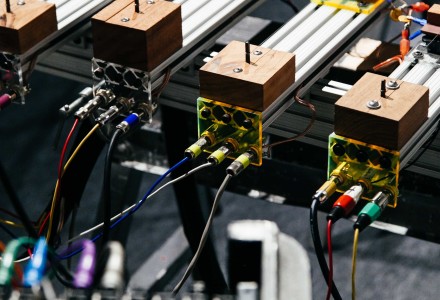 the tuning side of the strings 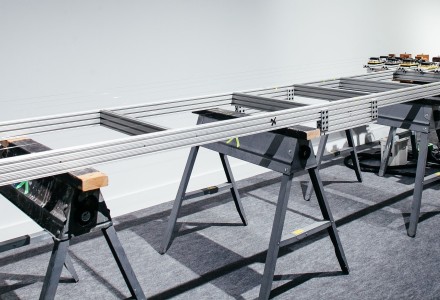 the long view of the instrument 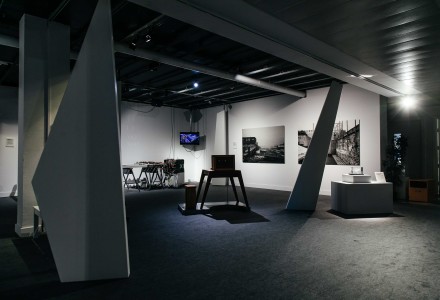 So, off I went to Dublin, shipping the Lady’s Harp, and all its electronics and miscellaneous hardware in a crate I built from wood found at the dump. I had developed a Max Patch to record 8 channel .wav files, and also made a scheduler to play them orchestrated on a timer, on a predetermined interval, every hour throughout the day. This patch would scan a repository of recordings and play selections in whatever order and timing I programmed.

Then, after installing and tuning my instrument, I recorded a number of spells to resonate the strings. One of these spells would thereafter run every hour, for three months, from morning to night. 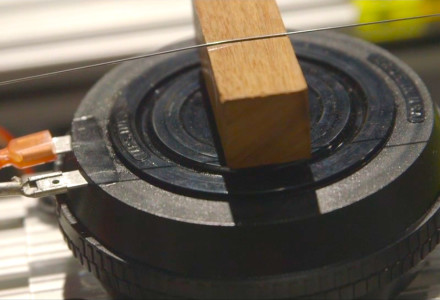 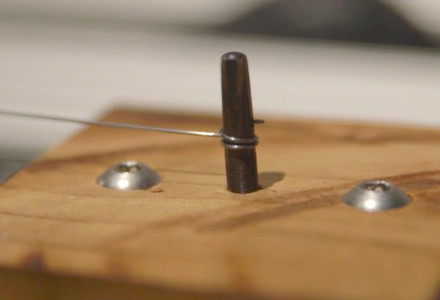 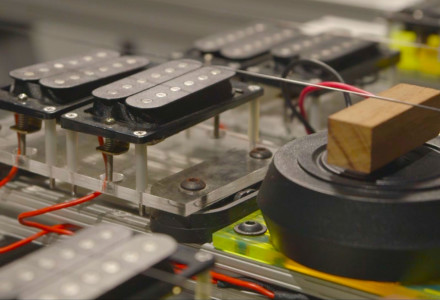 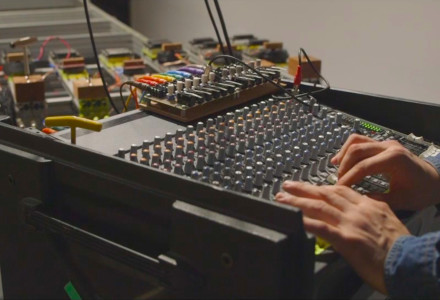 …the careful viewer will take note of my hands on the mixer. In addition to devising this self-playing situation, I also performed twice—first, for a video of sorts, that accompanied the installation on a video monitor, audible through headphones. Watching this video was important for gallery viewers, for it made clear what transpired when it is played, in case they happened to visit during the time that the instrument was not making sound (most of the hour). The second performance featured my sweet friends, Ron Shalom and Cleek Schrey, who flew to Dublin to join me, hot on the heels of a newly discovered collaborative formation…and since this story is told in reverse…

Composing the Tinnitus Suites: 2015c was not exactly a public installation or performance, but an important moment of growth for the project—a collaboration which became a video and finally an album. I had never combined the Lady’s Harp with conventional instruments before 2015. Somehow, after 4 years of playing the Lady’s Harp with wood and metal, it was suddenly possible to realized that adding their instruments (Hardanger Fiddle and Contrabass), to my world of tinnitus. I spent my final year in graduate school with Ron Shalom and Cleek Schrey, and during this time we developed a deep mutual trust, friendship, and conceptual rigor.

It was the third iteration of CTTS that year, and so to differentiate these words, it felt right to call it 2015c. But when we finally released the album as “Tinnitus Trio”, it felt right to drop the c. Here are the liner notes, and also, you can listen to it, too.

HAY, LISTEN TO THE ALBUM!

So, beyond the WHAT of tinnitus, is the WAY of tinnitus—a perilous synergy—the excess that lingers in our perception, the buzzing sustain afterwards, and, wondering what sound is causing what effect. We recorded in the World Music Hall, surrounded by Javanese Gamelan—gongs that had not been moved from playing position for decades. This cavern thrummed with vibration as we played. I noticed the strings of the Lady’s Harp would come to life much faster, buzzing into feedback mode, buoyed by the shared frequencies of our machines. It was like the boundaries between our instruments were breaking down—Cleek would bow a note on the Hardanger, and a note would sing out on my Harp. Ron’s end-pin scraping the floor would cause deep bass swells. Their own melodic cascades intertwined, crossing ranges, enveloping each other’s registers. While playing, I lost track of where the sounds were coming from. Ron? Cleek? The Harp? Inside me?

Perhaps we became each other’s tinnitus. We etched our music into each other. Years later, it continues to resonate.

The tinnitus trio would perform all over in 2015 and 2016, and years beyond, but for more of that you’ll have to keep looking elsewhere…

Composing the Tinnitus Suites: 2015b

…was a concert for Northeast Music Cognition Group (NEMCOG). My Lady’s Harp was set up in a studio, and since I could arrange more than a few hours for setup and tuning, I decided to perform remotely, and sent a mono signal of my instrument over telephone lines into the concert hall…

Composing the Tinnitus Suites: 2015a

…was a thesis concert at Wesleyan! It was the first time I premiered the “mid-concert interview” format within CTTS—which this time was a conversation between Roger Mathew Grant and Armen Enikolopov about the philosophy and neuroscience of hearing damage. If you’re wild enough to have read this far, you should read my thesis here! A lot in here about John Cage, Maryanne Amacher, and different ways to listen that break down in the face of hearing damage. I’ll leave you with Thesis Poem, which I included in the program notes for this concert. 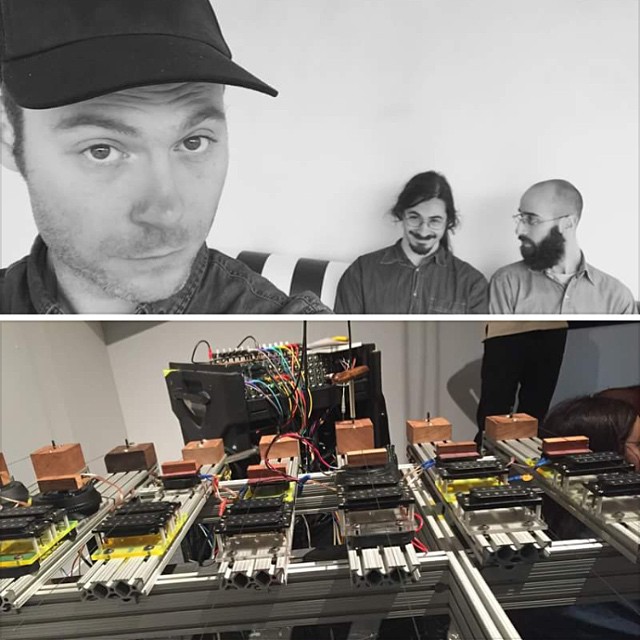 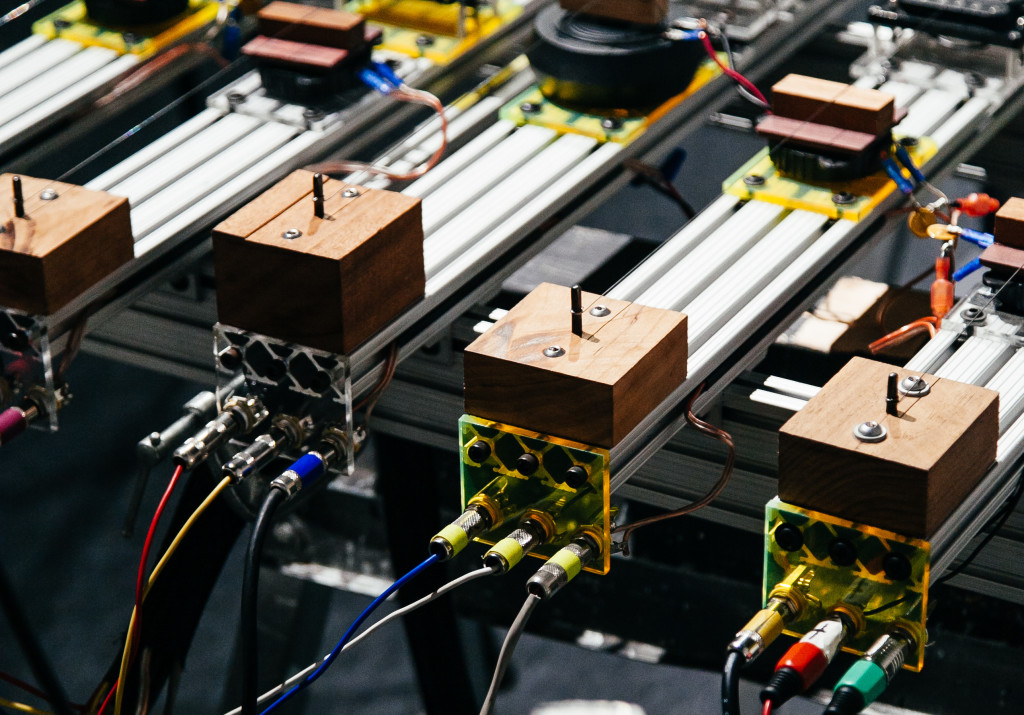