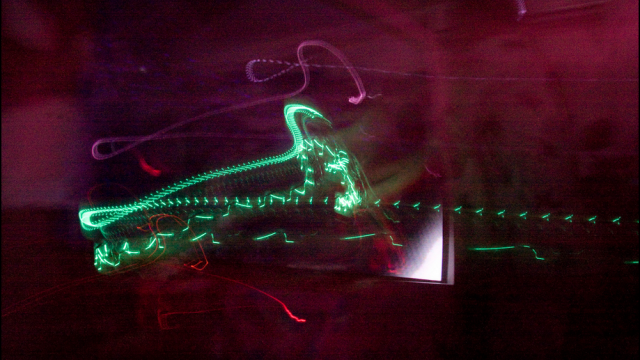 i was dead lion

In 2013, Nathan Cearley invited me to perform in his quarterly series, the Modular Synthesizer Solstice.  I teach private lessons on a Serge Modular at Bard College, but I don’t actually have a synth of my own.  The idea of an exclusively Modular Synthesizer event simultaneously attracted and repulsed me. I like synthesizers, and I believe that it is crucial to have community around an obscure practice. But is an event like this a real community, or is it nothing more than a gun show?  I didn’t really want to become just another customer—just another user— so I never bought my own synth.  Besides, the 7 panel system I’m used to working with at bard must cost over 20k.  I was almost certainly frontin’ when I accepted the invitation to perform! 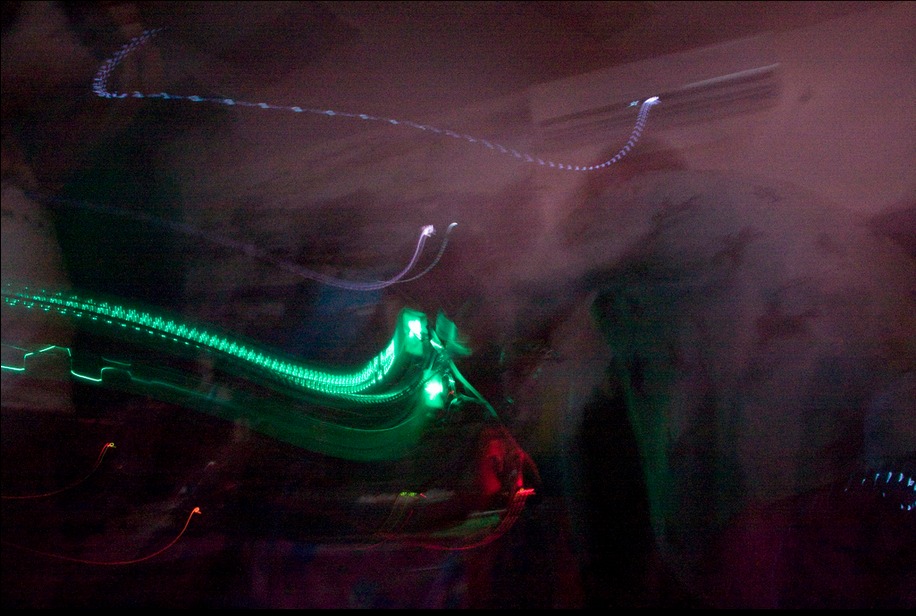 from the first dead lion show

How could I make a “modular” system of my own?  One day at my workbench, I realized that the green CRT bream of of my oscilloscope is a very stable sawtooth waveform. I used my photodiode pickups to listen to this signal.  I could change the pitch in intervals by varying the Timebase or “Sec/Div” knob. Through “rampant misuse of the calibration knob” (to quote my old boss, Todd Bailey), I could achieve a smooth glissandi.  I controlled volume by moving the photodiode away from the beam.  Thus I could achieve the classical “theremin” control of an electronic instrument: one hand for pitch, one hand for dynamics.

I built an entire synthesizer system out of four oscilloscopes and a mixer. By sending the same signal into both mixer & oscilloscope, a feedback path is made entirely in the domain of light, between the screen of the CRT and the photodiode microphone. The oscilloscope shows its own sound, and as I manipulate it, I learn from its visual language in order to predict its music.  Initially I considering modifying the oscilloscope for voltage control, in order to interface with modular synthesizers, but I realized that the scopes contain so many esoteric inputs and outputs, all of which can be exploited for sound. Each oscilloscope seems to behave uniquely, and thus a mixing of scopes forms a lively ensemble. I use two tektronix, two hitachi.

A few words on one of these inputs, the External Trigger.  The internal trigger circuit of a scope matches the modulating waveform of the scope input with the sweep rate of the CRT beam.  Without a trigger, or with a mismatched trigger, the waveform would not display properly, or it would slide horizontally.  The photodiode feedback system I use doesn’t seem to need an accurate trigger circuit, because it works in DC.  However, I found that by patching an external waveform to the external trigger input, the variable sweep rate was able to latch on to harmonic intervals of the external waveform. In other words, instead of a glissando, by using this input, I was able to achieve a stepped melody. Closer inspection revealed that the sequence of intervals I was hearing was the undertone series. By routing any signal to the external trigger, I can affect a crude sort of pitch following, but the register of each sweep rate holds.  Look at the video below for a concise demonstration of the undertone series.

I’m not sure what to call this system. Musical Oscilloscope? Oscilloscope Photodiode Feedback System? Diegetic Music? Light/Sound Rig? There’s nothing about this system that Daphne Oram didn’t consider in the 50’s. I wrote a “double-quartet”, for four acoustic instruments and four oscilloscope operators, as a way to test out the techniques of this photodiode/oscilloscope arrangement. The quartet was fun but also kind of clunky.

This arrangement seems to resist classification as an instrument, but is somehow a step away from the infamous “gear-table” rig of many noise musicians.

Here is a song-title poem for Dead Lion, mostly made up of technical terms from the front panel of the Tektronix 2235. 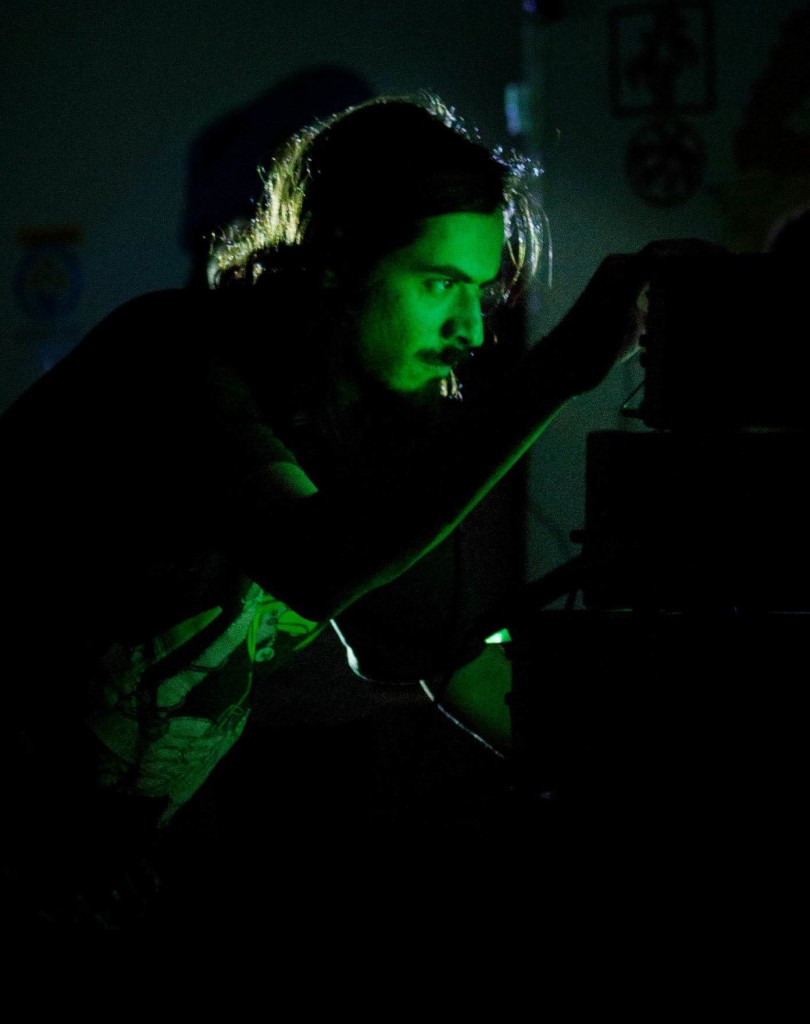